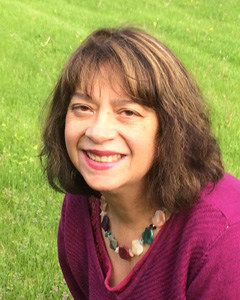 
The Passion behind My Work

I’ve always had a passion for learning, teaching, and helping people in need. I started college planning to major in an alternative health-related field but ended up involved in alternative education instead. In 1979, I received my BA Education from the University of Michigan and began teaching at Clonlara School, which introduced me to the concept of self-directed learning, in which students determine their own course of study.

As a teacher, I was always drawn to children who had difficulty in school, especially those who were called lazy, chastised for not “trying hard enough”, or being troublemakers. My son was one of those children. As smart and determined as he was, he had a hard time learning to read.  Over the years, I continued to work with students of all ages and their parents. I developed my own tutoring business, advised homeschoolers, became a Waldorf Early Childhood teacher, and assisted in the founding of a thriving Waldorf School in my own community.

The theme that followed me through all this experience was encountering children and adults who struggled with attention and learning, anxiety and depression, trauma and stress. In 2006, I found Susan McCrossin’s book “Breaking the Learning Barrier” in my doctor’s waiting room, and immediately realized this is what I’d been seeking all these years.  After I took my first class, I was hooked! I discovered that not only could energetic kinesiology help people with learning and attention issues, it could cause positive changes in their emotional and physical lives as well.

Why I Wanted to be a Meridian360 Site Captain

I am excited to be a Meridian360 site captain for this reason: to encourage new students to learn as much as they can, to create their own “course of study”, and to develop a network of practitioners so that over time, each person we encounter will be able to use their own body’s natural capacities for healing to reach their full potential.